The boards on this forum will only become visible once you are registered.

Please feel free to use our 'open boards' to post something as a guest or register to visit the other boards. Registration is free and easy.

Also, the forum will become advertisement free as soon as you are a member.

Supportive Community :: Open To All :: Emotionally struggling? Need to Talk?

You are making much sense, and your words have left me feeling tearful . . . . I hear you, GCG, and I do indeed know some of the pain that comes with such a deep emptiness . . . . my mother carried many of the same traits you have described, so I am able to understand some level of the agony you speak of . . . . . . .

Anyhow, I realised on that day that if my mother could turn her back (literally!) on me in my hour of real need, she really did not love me the way I loved my own child.

Thank you for your comforting words. I am sad for you that you have experienced a similar situation. I think you are right about the grieving. I thought I had done that, but sometimes situations occur that open old wounds.

On another topic, I noticed your post on here in the aftermath of the tornados. It made me feel humble reading about those people in your neighbourhood who lost loved ones and their homes. Also, I cannot imagine how terrifying it must have been for you during the time when the storm passed by.

I feel that whatever I might say about this would be inadequate, but I hope that you and your neighbours are beginning to feel safe again and that people are taking the first steps toward healing and rebuilding.

In 1989/90 I was privileged enough to spend a year living in Tennessee. I know how beautiful the southern states are and how warm the people are also. My daughter used to be made to practise 'tornado drill' in kindergarten in Nashville. I remembered this when I heard the news reports back in April.

I am especially touched that you have reached out to me at this time, when you have your own loss and pain to deal with. Thank you. GCG

I appreciate your kind words regarding the storm . . . the clean up process is still ongoing . . . . and there are still many piles of debris waiting to be hauled away or burned . . . . they have done 'controlled' burns on the remains of two homes, so the air quality hasn't been very good . . . nonetheless, the piles are slowly getting less and less . . . . I still find it difficult to adjust to everything being so bare now, but even still, everyone is doing better . . . . thankyou . . .

And you are right about the beauty the drapes the southern states . . . . and how wonderful that you had a chance to live here for a while . . . hope Tennessee treated you well and gave you a good dose of warm, southern hospitality . . . . such caring is soooo good for the soul . . . . and the food is pretty good,too . . . . .

I have known for a long time that having had a cold an unsupportive mother has had a negative impact on my life. As a child I was aware that my mother was 'different', but I wasn't quite sure how to define it. Going to the homes of friends just felt warmer and more relaxed. I saw that they did not have to behave in a certain way all the time to win the affection of their mother. They were accepted. Faults and all.

It saddens my heart to read your story GCG. And the aftermath you are obviously still trying to cope with - alone. No one should have to do that. I feel deeply for the little girl you once were and the adult who is having to live daily with the pain of that child part that so yearns to be healed. It causes such deep and painful wounds - as you say, it feels like a hole in your soul.

I hear you say you have tried many types of therapy. I wonder if you have tried a relational therapy, one which uses the relationship formed between you and the counsellor to help you heal? A psychodynamic or attachment based therapy perhaps? I hear you desperately trying to heal yourself but the thing that struck me the most as i read your post/posts is there is one hugely significant thing missing - the help of 'another'. Sometimes there are things we just cannot heal alone - and the type of wounds you explain here are some of those things. I hope one day soon you will find a counsellor who can work in that way to help you - it will be an investment in the rest of your life.

With love and support

Our lives are like the course of the sun. At the darkest moment there is the promise of daylight. 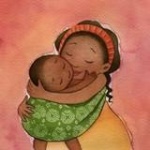 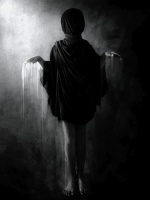 Supportive Community :: Open To All :: Emotionally struggling? Need to Talk?

Please note our forum e mail address: [You must be registered and logged in to see this link.].uk

Please also note that new members are unable to send pm's until they have posted 10 or more times as a precaution against spammers.

Kindly note that you are able to modify your posts for 24 hours after posting. After that, this option is no longer available.

» "Why was I born with such contemporaries?”

» Removal of the ads at the top of the forum

Has this movie helped you understand DID any better? What has helped? What wasnt helpful?